Nail Polish may just one of the best gifts heaven have given to women. This cosmetic product has defined fashion history in modern times that it has become a necessity to every woman’s style. Have you ever wondered where the trend of nail polish started? Well OMG ladies, here’s a little fun fact to feed your mind.

Nail polish or nail lacquer originated in China mainly for the royal blood. In 600 BC, the Zhou dynasty preferred the metallic colors silver and gold as a symbol for wealth and power. With the Chinese having all the glam and posh for nails, they replaced these colors with red and black. The ruling class was only the ones to use this to distinguish themselves from the general population. Once a commoner was caught with nail polish on their tips, they shall be executed. Back then, the ingredients used for nail polish was made from a mixture of beeswax, egg whites, gelatin, vegetable dye, and gum Arabic.

From China, the nail polish fever spread across continents and embraced wholly by the Egyptians. Unlike the Chinese, Egyptians, allow everyone to use nail polish with a certain condition. Egyptians used nail polish, not for fashion but to identify their hierarchy. Pale colors are for the lower classes while those belonging to the high society painted their nails a reddish brown or with henna.

On the other hand, European fashion also celebrated the use of nail polish up until the fall of the Roman Empire and experienced a rebirth during the Renaissance period along with other art and literature pieces. The intercontinental trade flourished again and Europe was able to get a hold of nail polish from the Middle East. After a couple of centuries, France became the capital of nail polish with the invention of the French tip. 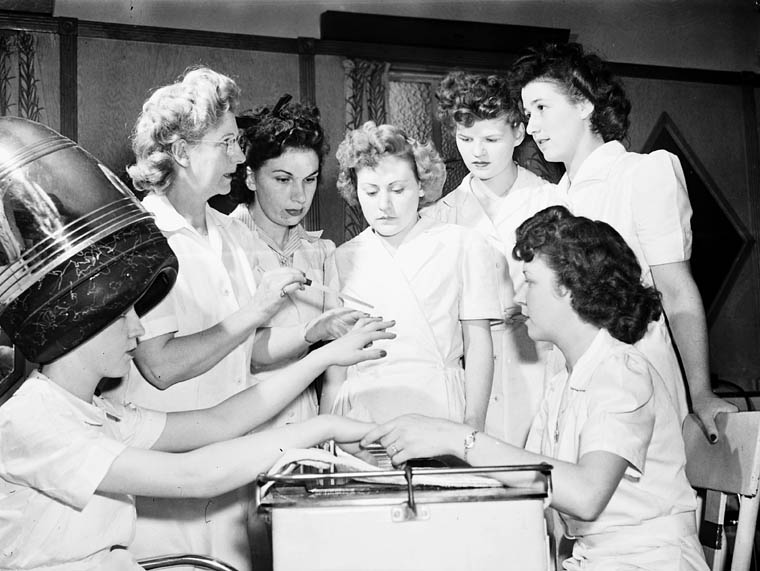 By the turn of the 19th century, France, England, and the United States were the leading manufacturers of nail polish. It was in 1930 where nail art was first born. Back then, scenic landscapes can be seen on every fashionista’s nails. Among the three leading countries, France popularized manicure shops in great numbers.

Today, nail polish is in its highest glory with thousands of shades to choose from and numerous designs. The possibilities for nail polish seem endless. If you think your OMG nail polish is just another piece of cosmetic crap, you might want to think again. This timeless piece of cosmetic has gone through years of reinvention which makes it all the more worthy of the praise it deserves.